15 Years into a Post-Apocalyptic Future, the Infected Have Destroyed The World 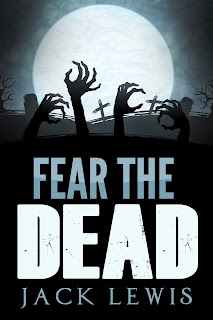 
You will love Fear the Dead, a zombie apocalypse novel set in Britain. Here's the synopsis:

Kyle Vauss hikes the ruins of Northern England, a broken man running from his past. He has one more journey to make, a final trip through the graveyard that was once Britain, before he can forgive himself for what happened to his wife.

They said the outbreak would only last a few days...fifteen years later the world has gone to hell. The zombie infected roam the streets, and at night the mutated stalkers leave their nests to kill.

When a kid called Justin tricks Kyle into taking him along, Kyle has to learn to trust others again. He doesn't want to face his past, but there are some things that you can't turn away from.

Do you like zombie books & films like The Walking Dead, 28 Days Later, World War Z, or Dawn of the Dead? Then you'll like Fear the Dead.